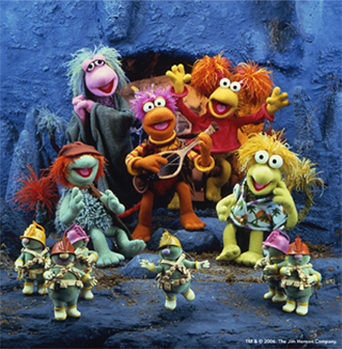 Premiering in January 1983, “Fraggle Rock” was designed to entertain while encouraging an understanding and embracing of diversity. From a fun-loving group of furry subterranean creatures came 96 total episodes, more than 100 original songs and millions of fans from around the world. Through the fun adventures of the Fraggle gang – Red, Gobo, Wembley, Boober, Mokey and Uncle Traveling Matt – the show captured the hearts of children and adults alike while featuring a unique mix of music that included a number of genres, from folk, blues and gospel to country and rock. The show was seen in 98 countries and secured several prestigious awards, including three Cable ACE Awards, a Gemini Award, and five
International Emmys.

To hear The Fraggle Rock Complete Podcast with Larry, go to jimhensoncompany.com/podcast.php. The podcast is dated September 17, 2008. 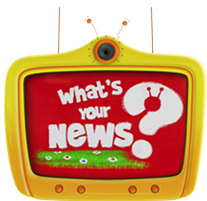 “What’s Your News?” is a ground-breaking series that brings pre-school children THEIR news on Kids CBC every weekday. The 46 half hour episodes focus on children’s experiences and interests, showing them a world filled with other children whose news reflects their own lives. “What’s Your News?” is a show populated by real-life kids who have news. And the reporters are a crew of engaging entertaining and funny Ants! It’s news that celebrates the experience of just being a child! The show has won the 2009 Japan Prize, was a finalist at the 2010 Prix Jeunesse and won a Special Jury Prize in 2011 from the Youth Media Alliance.

For further information, go to cbc.ca/kidscbc for the Canadian production, whatsyournews.com for the UK production and sproutonline.com for the show on Sprout in the US. To listen to an interview that Larry did with Andy Barrie on Metro Morning on November 30, 2008, click here. 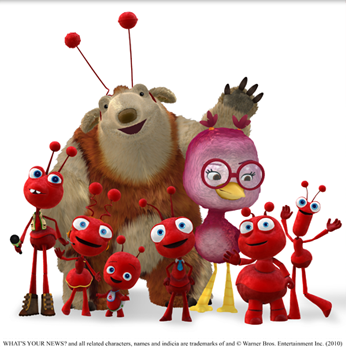 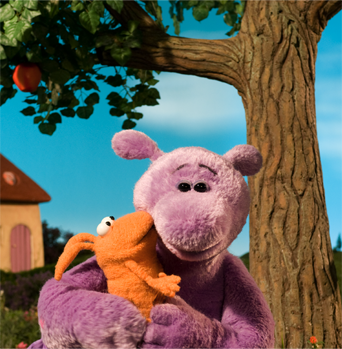 “Big and Small” follows the comic adventures of two unlikely best friends, played by Jason Hopley and Todd Doldersum. Through funny, fast paced, engaging stories, with a song in each episode, young viewers are encouraged to see the world from very different perspectives.
Big and Small live in a house in the countryside with two front doors – one big and one little (but Small refuses to use the little front door!). It is the perfect world for adventures. There is a pond where two frogs live, a garden shed, an apple tree with a swing and even ‘mysterious’ woods at the end of the garden.

For more information, go to kindleentertainment.co.uk/bigandsmall.

In pre-European New Zealand, the tiny Island of Kaitangata was the scene of awful happenings. After that, the Island seemed to have a life of its own. It dreamt terrible dreams. The local tribe knew it was best to leave it alone. And so the Island slept again.
But now Kaitangata is twitching. It’s moving. It’s waking up! The last time it moved was over fifty years ago. It twitched. And a girl disappeared without a trace, apparently swallowed up by the Island. Now it’s moving again. Dreaming again. Only 12 year old Meredith can stop it. If she can discover what it wants before it’s too late. Before it claims another victim.

To see a promo, go to kaitangatatwich.co.nz.
For more information, go to productionshed.tv. 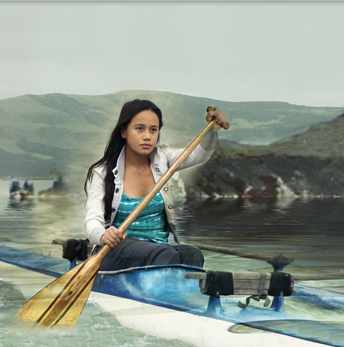 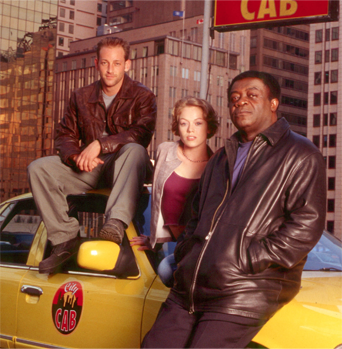 “The Ride” is the only North American TV movie nominated as Best MOW and four other awards at the prestigious 2002 Monte Carlo Film Festival. The movie stars Yaphet Kotto (Homicide) leading an ensemble cast in a journey into the lives of taxi drivers with all the tension, humour, violence and romance that occurs on the job. Paul Dreskin’s script was nominated for an ACTRA Award for best screenplay and it was Canadian legend Al Waxman’s final film.

For further information go to ccientertainment.com.

Experience the excitement, fantasy and fun that accompany the magical transformations and mysterious circumstances of the coyote Dwight and his group of curious animal friends. Tom Jackson is the storytelling stranger with magical powers in this fantasy series based on traditional Native characters and mythology as written by Thomas King and others. A unique blend of live-action, sophisticated puppetry performed by some of Canada’s top puppeteers, and cutting edge CGI, the show creates a fantastical worldthat looks unlike anything else.

For further information go to ccientertainment.com. 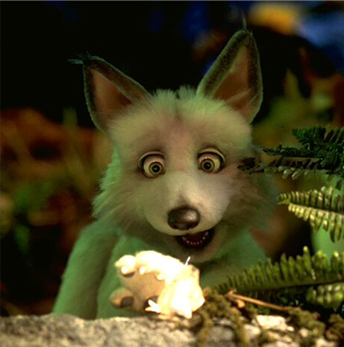